These General Game Conditions apply to HARMAN’S Maroon 5 JBL promotion (hereinafter referred to as “the Promotion”) made available at the relevant corresponding Participating Country JBL website. A list of each JBL website is provided at the bottom of these terms and are referred collectively herein as the “JBL Website”.

The Promotion is open only to participants from the Netherlands, Belgium, Denmark, Sweden, Germany, the United Kingdom, Austria, Finland and France (“Participating Countries”). For participants in the Netherlands, the organiser is the private limited company under Dutch law HARMAN Consumer Nederland B.V. (hereinafter to be referred to as “the Sponsor”), with its registered office at (1101CN) Herikerbergweg 35, Amsterdam Southeast in the Netherlands, it being understood that the Sponsor’s activities shall be run either by the Sponsor or by the relevant Sponsor affiliate located in the country concerned.

Within the context of the Promotion, a prize shall be given away to the winning participant selected by the Sponsor, or its affiliate. In order to qualify for a chance to win a prize, participants must complete a purchase on the Participating Country JBL website and agree to these Promotion terms and conditions.

The Promotion involves the possibility of winning a prize, specifically:

1) 1 out of a total of 2 concert arrangements available for:

: includes airline tickets, hotel accommodations and concert tickets for two persons at the location indicated by Sponsor or its affiliate. The Sponsor shall not reimburse any costs for meals, drinks, transport costs and/or costs of another nature. In the event a flight is not feasible due to the location of the concert and departure location of the winner the Sponsor (or its affiliate) shall in is sole discretion designate another form of transportation.

Participation in the MAROON5 promotion is made possible as part of the online product purchase process via a Participating Country JBL website, and such participation is voluntary. Participation takes place by filling in the required details and acceptance thereof by the Sponsor or its affiliate. The date and the time of participation registration must be within the Promotion Period stated above. In the event the purchaser desires to be excluded from the Promotion, please send an email to customer.support@harman.com using subject ‘ JBL Maroon 5 exclusion’ and in the email the relevant purchase order number or reference.

Participation in the Promotion means the unconditional acceptance by the participant of these General Game Conditions, without any reservation or limitation, including each subsequent Sponsor decision relating to this Promotion.

Participation in the Promotion is limited to 5 entries (one entry per JBL product purchase). Once the entry threshold of 5 times has been reached, further participation with each subsequent product purchase is not possible. Entry will be monitored by the order details, including the e-mail address and IP address.

Participation in the Promotion is open only to natural persons residing within the Participating Countries and that are 18 years or older.

During the entire Promotion Period, participants must have a valid identification (i.e. passport), and, immediately on request, make a copy thereof available to the Sponsor or its affiliate, and be available for identification thereafter. Further, participants in the MAROON5 promotion must themselves arrange for compliance with all formalities associated with a stay abroad and a plane trip.

A participant must hand in a valid sales receipt immediately upon request by the Sponsor or the affiliate.

Employees of the Sponsor and of all affiliated companies, subsidiaries and advertising/promotion agencies and their immediate family members are barred from participation.

In order to qualify for participation and to enter the chance to win a prize, participants must enter a valid e-mail address. Participants are also obliged to furnish all other desired information, failing which participation shall not be possible and/or the prize shall not be awarded and not available for collection.

Participants agree that the IP address of their computers shall be stored by the Sponsor and used for identification purposes. The Sponsor shall not disclose this information to third parties.

The Sponsor retains the right to reject participants if they do not act in accordance with these General Game Conditions.

Incorrect, illegible, incomplete, late or incorrectly addressed entries shall not be processed. The Sponsor and its affiliates shall not be liable for inadequate entries as a result of errors or technical failures of any nature whatsoever, including a poorly functioning network, hardware or software, irrespective of whether problems arise with the sender or the Sponsor.

The Sponsor retains the right to disqualify entries if the Sponsor is of the opinion that either abuse exists or aspects of the game are being violated.

In the event one of the provisions stated in these General Game Conditions is infringed upon, participation shall by operation of law become null and void, possible claims to prizes shall lapse and the participant shall be excluded from further participation.

Except when such is prohibited by law, participation in the contest entails participants granting express and unconditional consent to the publication of their names and photos in all media for commercial or promotional purposes, without any limitation or claim to any consideration/compensation.

Participants guarantee the Sponsor that they are the entitled parties to the visual and/or text material supplied by them and that they have received from all the persons visible in the visual material and/or referred to in the text material supplied by them the required consent for the publication and reproduction of the picture(s) and text(s). The participant in question shall, if requested, unconditionally supply the Sponsor free of charge with evidence thereof immediately upon request. Further, participants guarantee the Sponsor and its affiliated parties that (i) by publishing and reproducing the supplied visual or text material, no rights of third parties are infringed upon and (ii) indemnify the Sponsor and all its affiliated enterprises and third parties whose services have been engaged by Sponsor for claim purposes in that respect.

In addition, participants guarantee that they possess all rights and consents required by law that make it possible for the Sponsor and/or its affiliated parties to publish or reproduce the visual and/or text material supplied by the participants, whether or not for commercial purposes and in all possible manners, to which the participants expressly grant consent in the broadest sense of the word.

The supplied visual and/or text material may not be of an offensive, obscene, vulgar, racist, sexist and/or pornographic nature. If the Sponsor believes that material violates good taste and morals, the Sponsor can then proceed with the removal in whole or in part and/or the exclusion of participants from further participation.

The Sponsor uses Google Analytics and small text files called cookies. Cookies are used to monitor activities on the website and to analyse traffic. These make it possible for the Sponsor to match the service and provision of information to the desires of visitors. Google processes personal details on its servers in the United States and in other countries. Therefore, in specific cases, Google shall process your personal details outside of the Netherlands. Your participation in the Promotion is exclusive consent to the use of your personal details as set forth herein.

Prizes and announcement of winners

Only participants that meet all conditions shall qualify for the available prize.

The Sponsor shall announce to the prize winner per e-mail and the manner in which the prize shall be distributed.

Participants of the MAROON5 promotion that receive a message that they have won must reply within 7 days of dispatch of the relevant message and be able to show that they have met all conditions, failing which the Sponsor retains the right to designate a runner-up as winner and shall proceed therewith.

The prize winner must identify himself/herself immediately upon request in order for the prize to be awarded.

The prize is person-related and therefore non-transferrable and also not convertible for money or another type of compensation, unless the Sponsor independently decides thereto.

For the presentation of the prize to the winner, the Sponsor, or its affiliate, shall assume dispatch and correspondence to the participant’s address in the authorized country concerned (see the list of Participating Countries above), as provided by the participant.

The Sponsor shall not replace the prize, or the notification in which the prize is awarded if it is lost after dispatch or destroyed.

In the unlikely event the prize turns out not to be available, the winner shall receive a replacement prize. The Sponsor retains the right at all times to replace a prize with a similar prize of corresponding value, whereby the prize or the replacement prize can deviate from the original prize.

No correspondence regarding the results is permitted. An e-mail shall be sent to the winners at the given e-mail address.

In the event of a dispute between a participant and the Sponsor, correspondence shall be sent to the owner of the e-mail account linked to the participation entry.

If a winner cannot be reached at all or in due time for any reason whatsoever, the right to the prize shall lapse and the Sponsor shall proceed with awarding the prize to one of the so-called runners-up.

The Sponsor, the enterprises affiliated with it, the agents whose services have been engaged by the Sponsor or third parties cannot be held liable for any actions ensuing from this Promotion and the damage and/or loss ensuing therefrom to the extent such exclusion is permitted by law.

The Sponsor and its affiliates are not liable for non-entries, damaged, incomplete, late or incorrectly addressed entries due to transfer errors or technical failures of any nature whatsoever, including the faulty functioning of a network, hardware, software, etc.

In addition, the Sponsor and its affiliates shall accept no liability if a prize is not received at all or later than planned.

The Sponsor, its affiliates, or the systems administrator of the Sponsor and/or of its affiliates is not liable for its systems being violated (hacking) as a result of which specific information of or concerning the participants becomes known to third parties.

In the event fraud or manipulation is suspected, the Sponsor or its affiliates can also report to the competent authorities without further announcement.

Complaints regarding the Promotion can be addressed to HARMAN Consumer Nederland B.V., 1101 CN, Herikerbergweg 35, Amsterdam Southeast in the Netherlands. 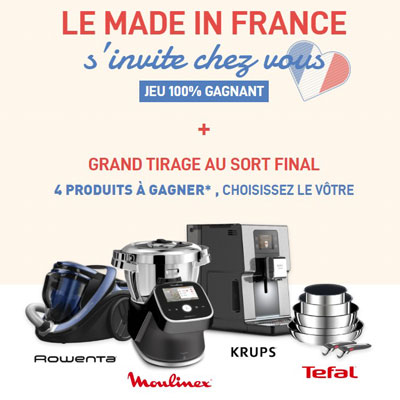 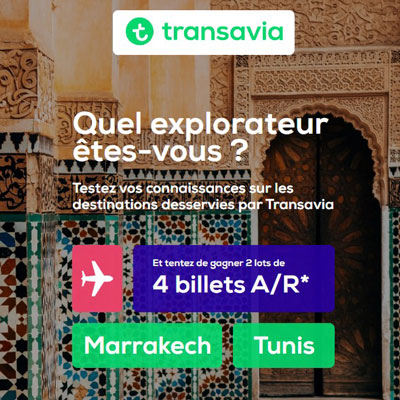